National Hockey League players have a relatively short career. What they do afterwards is sometimes not so typical. These restaurants have a NHL connection and you won’t believe number 4, let’s go!

First on our list of restaurants with an NHL connection is none other than the restaurant connected to the greatest hockey player of all time.

Wayne Gretzky’s restaurant is located in Downtown Toronto. The Restaurant itself is described as having 3 restaurants in one.

You can taste yourself to some fine dining, sports bar atmosphere or the roof top patio. You won’t be disappointed at Gretzky’s as they have something for every hockey fan. 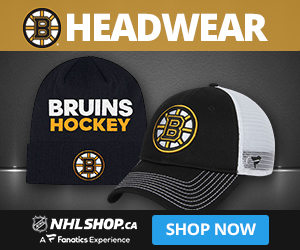 Don Cherry’s Sports Grill has a number of different locations. The grill which is named after the Canadian coaching icon Don Cherry, displays 10 reasons why you should have your sports bar named after him.

There are currently 19 restaurants across Canada that proudly display his name.

Chris Chelios was one of the greatest and grittiest defencemen to ever play the game. Cheli’s Restaurant is located in Detroit Michigan where Chris Chelios finished his playing career.

The Allstar D-Man was a legend according to some of his team mates. Located just minutes away from Comerica Park, Cheli’s offers pre game dining and drinks that will satisfy all sports fans.

Beef N Bird which is located in Sudbury, Ontario is home to many things. This Restaurant/Bar is the home of Porketta Bingo. The bar which is owned by the Toppazzini Family is a Boston Bruin shrine.

Jerry Toppazzini played for the B’s in the early 1950’s and was a fan favourite. Jerry also coached the Sudbury Wolves for a short time in the 70’s.

Tim Hortons needs no introduction in Canada. The famous coffee house which was started by famous former Toronto Maple Leaf, Tim Horton, is a must stop hourly for some Canadians.

The first ever Tim Hortons was located in Hamilton, Ontario in 1964. The coffee house chain is one of Canada’s most storied franchises.

Also Read: The Concession Stand – Trump, Russians, and a Bunch of Jerks

Wendel Clark is the rough and rugged former Toronto Maple Leaf captain. Clark played most of his career in Toronto.

The Toronto captain was a rough and could toss the knuckles around if he had too. His restaurant Wendel Clark’s Classic Grill and Bar is a great sports bar franchise that has 5 locations across Canada to serve you.

The Bottom Line, which labels itself “the classiest sports bar in Toronto” is owned and operated by Former NHL Goalie Wayne Cowley.

This Toronto sports bar is located minutes from the Hockey Hall Of Fame and Air Canada Centre. Wayne Cowley was a goalie in the NHL During the late 80’s and early 90’s.

Cowley won a Stanley Cup with the 1989 Calgary Flames, but also played for the Oilers and Team Canada during his career.

Blue Line Diner which is located in Niagara Falls, Ontario is combined with a sports memorabilia store. The store is boasted as being the best breakfast diner in the Niagara Region.

While here you will see tons of authentic sports memorabilia items. This restaurant and store is owned by none other than the hockey legend Marcel Dionne. Dionne who played for the Detroit Red Wings, Los Angeles Kings and the New York Rangers is also on a Canadian Stamp.

Marcel’s 19 year career in the NHL will always be remembered and with that, so will his breakfast’s.

The N.H.L has had some great stars that have gone on to do big things on and off the ice. These restaurants are one way hockey fans can connect with the game.

Also Read: Top 5 Hotels NHL Teams Are Staying At In The Eastern Conference